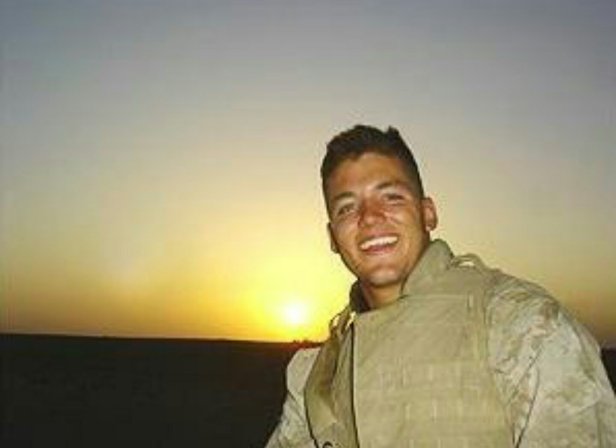 I remember when we met and you were so shy at first. Beeler’s wife (I can’t remember her name) had a broken leg and was pregnant, I was the DD, and it was about 4 months before your 21st birthday and we were out with the platoon at some janky tin building poolhall in Jacksonville. You were the youngest Marine in the plt and the guys were giving you so much shit about your pink polo shirt and Hushpuppy shoes. You were so adorable. You sat with us while the rest of the guys got stupid drunk and you told us about your hometown and how nervous your mom was about you deploying, but your weren’t worried about it.

“I’m too pretty to die,” you said and smiled kind of sideways.

“That’s a great line. You should keep practicing it,” I giggled. “Firefly, right?”

We talked about girls and work and the war and Beeler’s pregnant wife’s problems with keeping Mitch in line. Every now and then Matty would come put his arm around one of us and say something about you not having to sit with the women just because you couldn’t drink. But you just laughed and said you didn’t mind.

The guys got rowdy and Mitch and his wife left first. There was a scuffle between some of the boys playing pool and I remember you were sitting on the floor of this bar, against the wall and out of the way, and you looked up at me and said you would grab Matty so I could go before fights started getting out of hand. We rounded up the guys who would inevitably crash at my apartment and loaded them into the car. You managed to get some of them to go back to the barracks with you. No Marine gets left behind. 💔

You were too pretty to die and you sure are missed, kid. I’ll watch Firefly at some point this weekend, just for you.

A Site For Short-Stories

If you want to be a hero well just follow me

Inspiration to lead you back to Soul